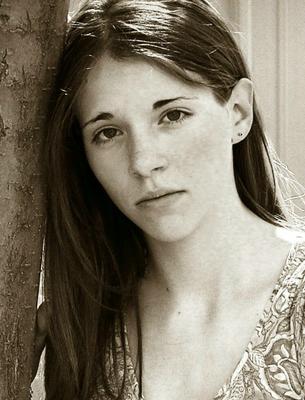 I'm excited because my beautiful, well adjusted, talented & God filled 15 year old daughter has graduated from highschool! You Doubt?
We are a homeschool family! Cassia, Christopher and Malinda's hearts and attitudes are a great reward for the labor of love in teaching them Deutornomy 6:7 style. God has honored the time, but I have not considered it a sacrifice. We have endured much through the years (esp. at the beginning). The world would have me believe that I have given up the best years of my life and that my children have suffered greatly by not being in our governments school system or at least taught by a credited/certified teacher. I love who my children are becoming. I love that their hearts are towards God and their father and I.
I thought I would post some stats for those out there who mock the effectiveness of homeschooling.
Basic Statistics
Academically
Home school students scored significantly higher than their public and private school counterparts on SATs, ACTs, and PSATs. The studies below show homeschool students do exceptionally well when compared with the nationwide average. In every subject and at every grade level of the ITBS and TAP batteries.
Socially
Studies also show homeschoolers have accelerated maturity and are better socialized than are those sent to school. Dr. John Wesley Taylor's nationwide study revealed that the self-concept of home school students was significantly higher than that of public school students for the global and all six subscales of the Piers-Harris Self-Concept Scale. The Galloway-Sutton Study (performed in 1997), showed that from five success indicators (academic, cognitive, spiritual, affective-social and pyschomotor), comparing with public and private schooled students, "in every success category except pyschomotor, the home school graduates excelled above the other students."
Cost
The average amount spent on home schooling per child in the US is $450. Although ours is significantly lower than that. (public education systems get avg. $3600 per child (depending on the size of the institution) - see gov. edu. budg. )
Household Income
18% of home school families earn less than $25,000, 44% of households between $25,000 and $49,000.

Stanford University "last fall accepted 27% of home-schooled applicants -- nearly double its overall acceptance rate.
About 10% of top contestants for this nation's largest scholarships are homeschoolers, even though they make up less than 3% of the student population.

WAY TO GO CASSIA!! You Rock!
Posted by Deeapaulitan 4 comments:

Autumnal Equinox ~ September 23, 2005
The word equinox comes from the Latin words "æquus" (equal), and "nox" (night). That said, I probably don't need to explain it further, but I'm going to indulge my license as curator of this blog.
The seasons of the year are caused by the 23.5º tilt of the earth's axis. Because the earth is rotating like a top or gyroscope, it points in a fixed direction continuously -- towards a point in space near the North Star. But the earth is also revolving around the sun. During half of the year, the southern hemisphere is more exposed to the sun than is the northern hemisphere. During the rest of the year, the reverse is true. At noontime in the Northern Hemisphere the sun appears high in the sky during summertime and low in the sky during winter. It is highest at the summer solstice (about June-21) and lowest at the winter solstice (about December-21). The half-way points in the year are called the equinoxes. It is time of the year when the sun rises exactly in the east, travels through the sky for 12 hours, and sets exactly in the west. How cool is our God?!
Mmmm... I love Autumn! The night air has a tang about it, the darkness of winter is coming and it's time for the earth to sleep until the sun is again brought forth from the dark. We gather with friends to strengthen our spirits in preparation for the passage into Winter. But it is a time of thanksgiving, for on the other side of that dark Winter is Spring. How cool is our God?!

If you are looking for a fun way to celebrate Equinox, and happen to be close by McMenamins , they have free concerts and fun for the whole fam!

something to think about... raise your hackles... and have them smoothed
Posted by Deeapaulitan No comments: 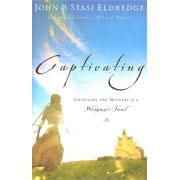 Life is a Story. This is true for every soul.

It is a love story, we assure you. But it is set in the midst of a life and death battle. That is why it seems so hard.

What a gift!
Posted by Deeapaulitan 2 comments: 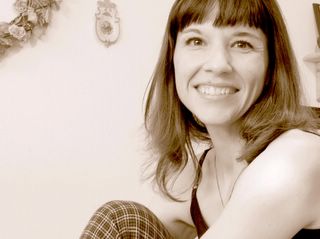 I have been given the honor of speaking at our womens' retreat this year. I'm as jumpy (my friend Shelly would say) as a fart in a skillet. Graphic depiction, isn't it? Every year we hold it in Northern Washington far away from the scrubland we are imbedded inhere in the Columbia Basin. The Lord gave us the theme of "Seek and You Will Find".

In the last 2 years, God has been teaching me about The Romance of getting to know Him. Not romance in the sense of 'Love and Courtship', but in the sense of 'Venturing into the Unknown for the Thrill of Discovering'!
On Sunday I performed this monologue in front of the congregation where I sat down in a rocking chair, dressed as an aged woman.
Once upon a “when”… that’s right, a “when”, time is too predictable and reasonable for this story… this is a “when”. Only You know ‘when’, because this story is about you.

Once upon a ‘when’, you find yourself in an ancient, mystical city wandering about it’s dusty, cobbled street just as the sun begins to sink on the horizon. Lamps are being lit by shop owners, giving off their dim, sooty flames as you wind your way through a catacomb of passageways. Sellers of aging books, richly colored tapestries, antiquities and curiosities of all sorts, harbor new mysteries in the fading light of day. You pass by several open doorways when you happen down a narrow alley with only a single shop lamp burning. As you peek through its low window you are greeted with the musty scent of thing long since forgotten. Then… You hear it… Did someone call your name? You glance around… Your skin is a mass of goose bumps as you step through the doorway, but the warm air of this night has no hint of chill to it. As your eyes adjust to the twilight inside you discover shelves, baskets and tables crammed with Babylonian trinkets, Egyptian papayrus & scarabs, eroding maps, coins of nations unremembered & never found, & all that is old and intriguing. You wander, turning rough, clap pots over in your hands, tracing dateless roads across Persia with your fingertips, uncorking age-ed Myrrh that fill up your senses … then … you hear it again … It felt like someone calling you… It was like a whisper that spoke to the very center of you. Again, you glance over your shoulder. No one… but something catches your eye. Bending down, you pick up a dingy, golden lamp… “go ahead…” THERE! The same whisper that had called you…….
“Oh! This is Ridiculous!” You say to yourself in your most reasonable voice, but somehow that voice seems very tired. The Curator begins to shuffle out from his perch behind the counter and begins blowing out the candles. “Closing Time.” Your heart is racing … how many dreams and treasures has that voice robbed you of?, you wonder. In on fleeting instant your hand begins to rub the lamp….

Well, that all I got. If You wanna hear the rest of this here story, you’re gonna have to come to women’s retreat Sept. 16th-18th … Don’t ya go listenin’ to that perfectly sensible, reasonable voice what says this isn’t really YOUR story… Listen to the deep whisper. Fellas, I's awfully sorry, but you all are gonna have to wait til we all gets home to tell ya bout it. 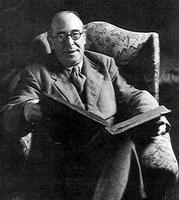 I left them hanging in hopes that they would want to come to retreat to hear more. We had 10 more ladies sign up that day and 4 more since then! There is a calling inside us toward an 'otherworld', as C.S. Lewis called it. A something and somewhere other than who and where we can see and know with our eyes. Our voices of reason and maturity don't often allow us the luxury of finding out what it is like to give up everything we know for something we don't have a tangible grasp on. We have lost the dreamer that once was our dearest companion. Pray for us as we go in search of The Giver of the dreams this coming weekend.
Posted by Deeapaulitan No comments: