Part Of A Family

Marriage changes your life in many ways. You have to share a bed with someone who steals your covers, you learn the best way to clean mi-nute beard particles from around the faucets, you also learn the best way to fold really large whitey-tidies into pockets so that when he is digging through his drawers they don't come unfolded, and last, but not least, you get to be a part of Memorial Day. Before marriage, Memorial Day just meant sidewalk sales and a visit to the cemetery - maybe. Now I'm a member of the Paul Clan and we celebrate life and the memory of it by gathering for 4 days at James' Folks' House. There were around 60 of us this year. We play games most people have never heard of ~ Pickle Ball, Woofle Ball, Throwing Elbows Basketball ... We challenge each other to chess, sudoku, & crosswords ... We kiss the babies, "catch" worms with the toddlers, and keep the teenagers cool with ice chests stocked with sodas and water... There is catching up on life, remembering the ones who won't join us any longer, and getting to know the ones who are joining us for the first time. There is the yearly Indy 500 Poole, Grampa's famous breakfasts, Phil winning the 10k for the last 4 years in a row ... and food, food, food!!! I am so blessed to be 'one of the family', so thankful that this was a priority to Mom and Dad all those years before I came along, & excited about all the changes this year will bring that will make next year even more special than this one.
I'll have to post pics seperately... Blogger isn't cooperating.
Posted by Deeapaulitan 2 comments: 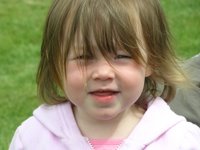 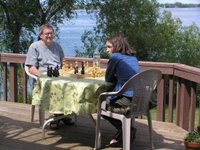 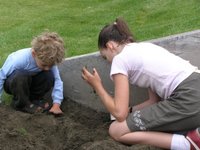 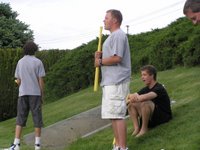 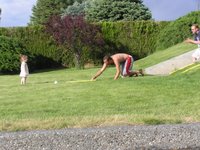 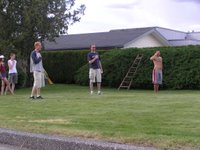 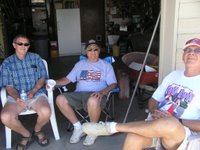 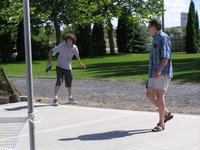 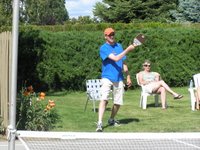 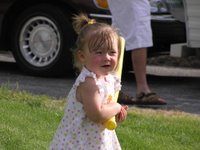 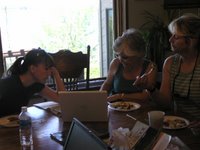 I have wanted to post several times this week and just have not been able to put my feelings into thoughts that can be expressed in words. We have had some things change in our home this week and they have me reeling. I am fighting to not be angry, to accept, to show mercy, to be gracious and give love & not hate. After being a Christian for nearly 20 years, you would think I would have more of the image of Christ imprinted on me and His love shed abraod in my heart... not the case it seems. I struggle. 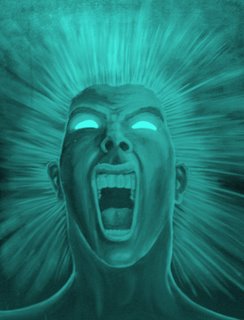 Why, if Christ is alive inside of me, is it so hard for me to take on His compassion or at least sympathy. Why can't I be like Him? Will I ever be like Him?
Pray. Please.
For ~
*a quick change in this situation(expedited, with all haste... and really fast too)
*room in my heart for more than an allowance, but acceptance
*more of Christ - less of me (this should have been #1)
*unity on decisions
*understanding the secret code messages that pass when you 'can't say' what you would like to say, because *cough* so & so is in earshot. (or it just isn't edifying!)


Next time I'll post about our wonderful Memorial Day family tradition. As soon as Cassia uploads the pictures...
Posted by Deeapaulitan 2 comments: 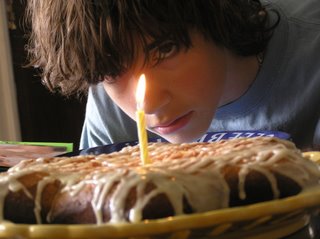 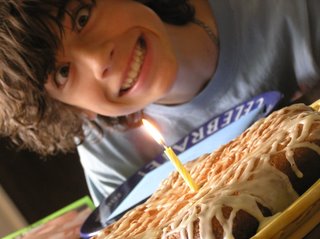 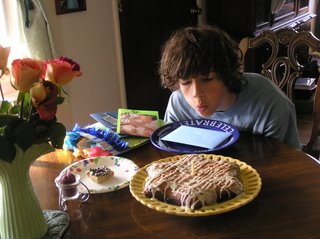 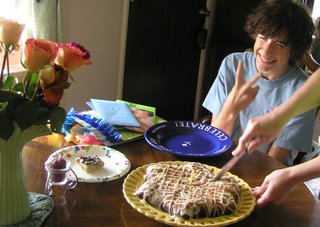 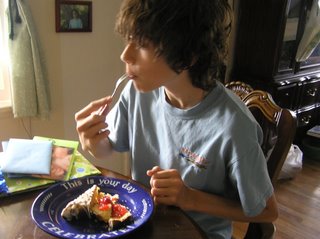 We love you!
Happy Birthday, Buddy-Pal-Almighty!
Posted by Deeapaulitan 1 comment:

You Gotta Have Friends

We have had a busy week. With Tof having fundraisers for his two trips this summer, Cassia having friends who came all the way from Seattle just to see her, meetings, worship practice, women's group, kids spending the night, etc.. etc... etc... 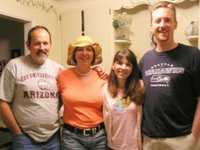 We had more friends in last night. Peter and Kimberly came over from Bellingham for the weekend. We haven't seen them for a year, but it felt like we had just been on 'pause' and when we saw them we just hit 'play' and cotinued right along with the story of our lives. I don't know why they like us, 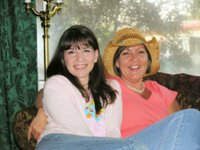 but I'm so glad they do. God always stirs, blesses and convicts me when I am with them yet I know that they expect nothing of us... they just love us. 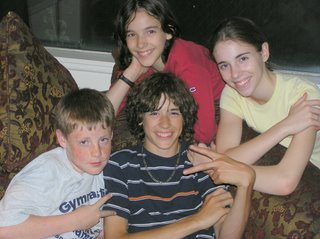 What's a Deeapaulitan Made Of? 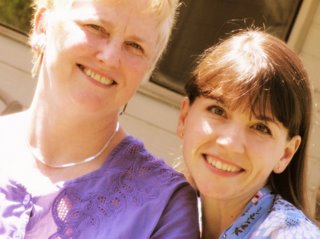 The Sum of Me 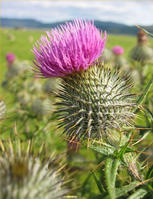 "Sometimes I think the people to feel saddest for are the ones who once knew what profoundness was, but lost or became numb to the sensation of wonder."
~ Doug Coupland, Life After God

"We live in a time when faith is thin, because our aching for what is above and beyond us has been anaesthetized and our capacity for wonder reduced to clever tricks." ~ Alan Jones, Passion for Pilgrimage

"We cover our deep ignorance with words, but are ashamed to wonder, to dream, to utter the word 'mystery'." ~ AW Tozer, Knowledge of the Holy

Telling the Culture the Truth 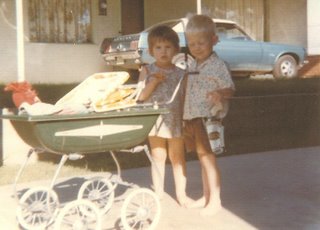 When I was little (in the 70's) Gloria Steinham was all over the news, the fight for women to get equal salary for equal work was the current fight in congress, and bra burning was a show of whether or not you were truly committed to the cause. Imagine my teacher's face when in 3rd grade social studies I answered the question "What would you like to be when you grow up?" with "A wife and mother." I was told that was what any woman could do and that wasn't a career. I had to come up with another answer or get demerits.
I was brought up in a one parent household. A latchkey kid if there ever was one. I saw my dad once every few years, got presents that were too big or too small, a letter or phone call occasionally... the same story many of the offspring of the Baby Boomers have to tell.
When I came to know Christ as my Father (a long process) I had already become a mindwarped child of the culture. When it came to men I believed the old song, "Anything you can do, I can do better. I can do anything better than you." It was going to take someone strong and powerful to wrangle me in as a wife. When it came to being a mother, I didn't mind being one, I just didn't want to be like my mom or grama (though now I see what incredible odds they overcame). But remember when I told you about Nigglers? My spirit didn't believe what my mind & culture were telling me. It really began to niggle when a guy, who was an unashamed Christian, with a singing voice that made dreams come true in young girls' hearts, began to pay special attention to me. The dreams that came rushing back to the surface were of belonging to someone who loved me - only me, and having a big family that would grow up knowing and loving God. The dreams of being a wife and mother.
I had set in motion all the necessary cogs and wheels for going off to college. I had won two scholarships that would pay for 4 years of education at NNU, I had been accepted, had sent in my dorm fees, and shopped for a new wardrobe (the first time I could ever remember doing so in 18 years... or since for that matter). A wrench was thrown into my well oiled machine, however. THE guy moved to my town, began taking me to a church that changed... no, changed isn't the right word... Refocused, yes that's it, refocused my priorities and I announced to everyone that I was staying home. One month later I was engaged, 2 months after that I was married, one year later I was a mom...

I have had much criticism, and apologetic headshakes from ladies who still believe the cultural brainwashing. I was one of the lucky (or rather... Blessed) ones. I found The Truth & the truth. God's grace & the truth that The Meaning of Life is Love. In Loving God, Loving others, and Loving who I am when I am Loving. I am valuable. That means able to be valued... I have worth because of Love.

A study that came out at the beginning of the month brought this home to me. It's a secular study... One from the culture!! Another Article deals with the same issue here. 20 years after all the bras in America were burned to smithereens the smoke is clearing and a new generation (mine! woo hoo!) is writing a neo-creed and stiching up some newfangled braziers!
This site gives a monetary value to what we do every day! I'm worth $197,213 annually... I can't even imagine. I don't need it though. I didn't get into this line of work for the money. I do it for the Love.